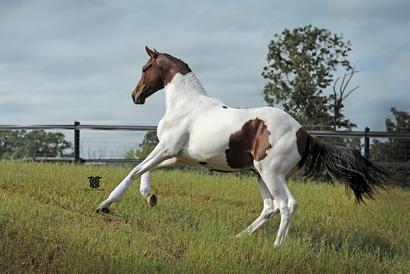 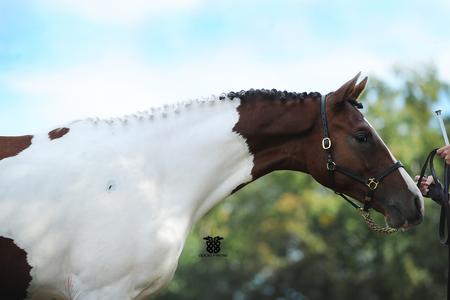 Samber is the most far reaching and influential of all Pinto warmblood sires. In 1979 Samber passed his 100 day performance test, with a 10 for character and temperament, he gained an overall 160.2 points and an “A” Certificate. Samber proved himself in competition in the early to mid-eighties and reached Grand Prix in Dressage and Z Level (BSJA Grade A) in show jumping. Samber has had a huge influence as an international performance sire. Not just the stallion descendants of Samber, but also the mares and the geldings are proving themselves in all the Olympic disciplines. 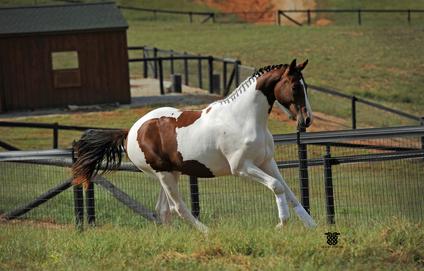 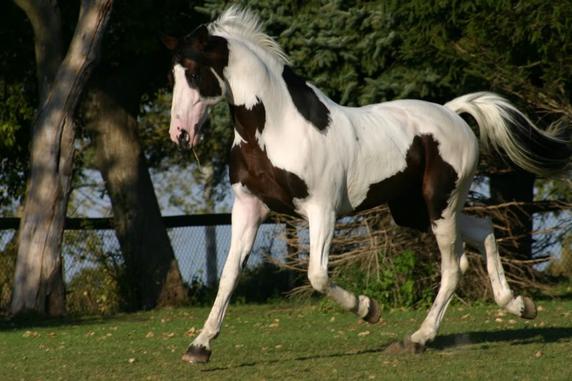 Beau is out of the beautiful Holsteiner mare, Schefflera. Bred in the hopes of creating a serious Grand Prix prospect with Indy's amazing, can-do attitude, Beau has exceeded our hopes. He is the total package: Amazing gaits and a  superb personality, all wrapped up in a stunning package! Now three, Beau is starting his career under saddle. We can't wait to see how this promising youngster develops! 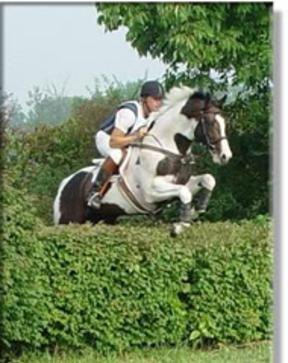 Indy's sire, Art Deco has proven himself both in the show ring and as a top sporthorse sire. He has earned three prestigious star awards and is an Elite stallion. Art Deco has competed successfully in Grand Prix Dressage, Hunters, Eventing and Jumpers. He is truly one of the foremost sporthorse stallions in the country today.  He is one of the VERY few pinto Warmblood stallions in the WORLD to compete at the above mentioned levels.  He was the first pinto stallion in the world approved for breeding by the Oldenburg Verband via ISR/OLD NA in 1993, opening the door for all future colored horses and their offspring (including Sambers) to be registered/approved in to German registries such as Oldenburg.

Check back for more pictures!

Indy is by Art Deco (x Samber) out of the TB mare, Leggs.  A true renaissance man, Indy has had a long and varied career:  He was confirmed Prix St. George in dressage, successfully evented CCI** and showed "A" jumpers, took a turn in the hunter ring, etc., . . . Indy was game for anything and had the talent and mind to win. As with his sire and grand sire, "Indy" passes his wonderful attitude and work ethic on to his offspring.

Both Indy and his get are known for their amazing temperaments and can-do attitudes. This, along with their ability to be competetive in multiple disciplines, has garnered Indy a fiercely loyal following. Fans of Indy were disappointed to learn that after being sold by his long-time owner, Kevin Pettigout, his new owner had him gelded. We are pleased to announce that we have a limited number of straws of frozen semen available for purchase. These straws were were collected by Palm Beach Equine prior to his being gelded and have been in storage at their repro facility since collection.